My Experience As A Nervous Driver 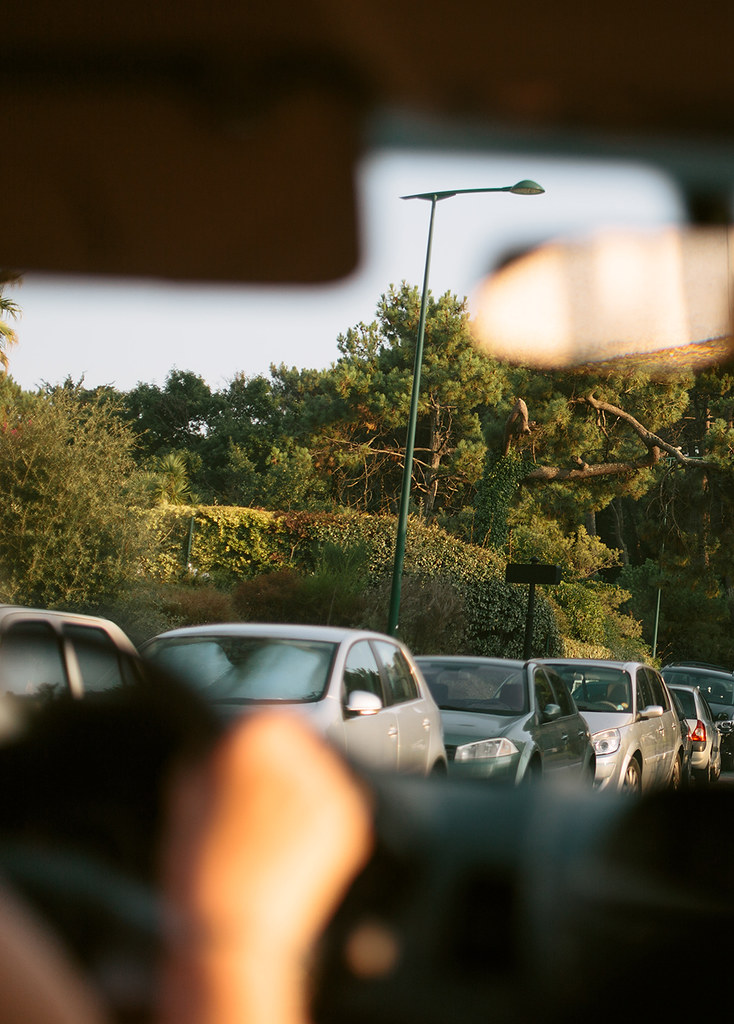 If you’ve read my blog for a while, you might remember me talking about passing my test and learning to drive in my twenties. It was a long time ago, so I won’t hold it against you if you don’t remember- but four years later and having only driven a handful of times since that post- until recently, I’d become a really anxious driver (narrator, “they don’t call her nervous Purvis for nothin’”).

Not anxious in the sense that, y’know, I’d rather not do it but still would. Anxious as in leave my car outside my parents house for so long it had to be given away, and the thought of driving anywhere solo would leave my hands in a state so clammy you’d think I was re-sitting my GCSE’s every time I thought about getting behind the wheel. And that’s without even thinking about hill starts, finding the bloody biting point or approaching a roundabout…

Anyway- since passing initially, and a few minor experiences of stalling, cross van men honking at a girl who couldn’t quite get her gears in order, and a series of events which knocked my confidence (and would have been absolutely minor had I carried on and not let them phase me)- I pretty much retired from driving. I catastrophised every thought about getting behind the wheel, and continually told myself I wasn’t able to do it. I wasn’t a good driver and I’d be more trouble on the road than off of it. We moved into our house over four years ago, and since moving, I seemingly left any last scraps of driving ability at my parents (along with my poor car too).

So, despite passing my test- this year, with a new baby, a handful of visits to the hospital (some certainly more testing than other) which left me reliant on everyone around me with a car (namely my dad- big up Papa P)- I decided enough was enough. If it wasn’t the promise of UK round road trips, hazy Sunday evening drives back from the beach and supermarket visits where I don’t have to carry back 10 bags nimbly balanced on each weepy finger- then it was the absolute necessity of needing that freedom and ‘okay- lets get in the car and go’ immediacy which we’d never had before, and with a baby, needed more than ever. Don’t get me wrong, you don’t need a car with a baby- of course you don’t. But the mounting pressure of things I’ve wanted to do, people I’ve wanted the ease of seeing and places I’ve wanted to visit- as well as a shamefully groaning Uber account and new responsibilities that 2021 has presented meant that getting back behind the wheel (even more so as someone with a license) felt like a now or never moment. And goodness, if I’m one thing as well as incredibly nervous- I’m pretty determined too.

Getting on the ladder

During lockdown last year, in tandem with The Insecure Girls’ Club, I did an Instagram live with my wonderful sister in law, and trainee health psychologist Lucy– all about experiencing a fear of driving; something I knew so many could relate to and something I’d been experiencing consistently for what feels like forever. Although you can watch the whole live here (so I won’t repeat everything we say), one thing Lucy said that stuck with me was about the process of achieving something, looking a little like being on a ladder. It was no use saying ‘okay, I’m just going to do it and drive’ and that be the only step. It was about making small steps to a final goal- and even if I needed to add more in as I went, made the process feel more tangible and less daunting. A one thing at a time process. Because from experience, I knew, for me, it wasn’t going to be as simple as grabbing my keys and going.

So, I made a plan- I set myself an end goal (which totally doesn’t have to be concrete, and the goal posts can move as much as you need them to) to drive to the seaside at the beginning of September- but to do this I knew I needed a) to have some refresher driving lessons b) to have a car and c) to tackle motorways- which all in all felt like a lot of admin to get around, but actually breaking it down made things so much easier. I was told endlessly that going automatic was the easiest way to make driving easier too, so here is a look at the way I approached it! 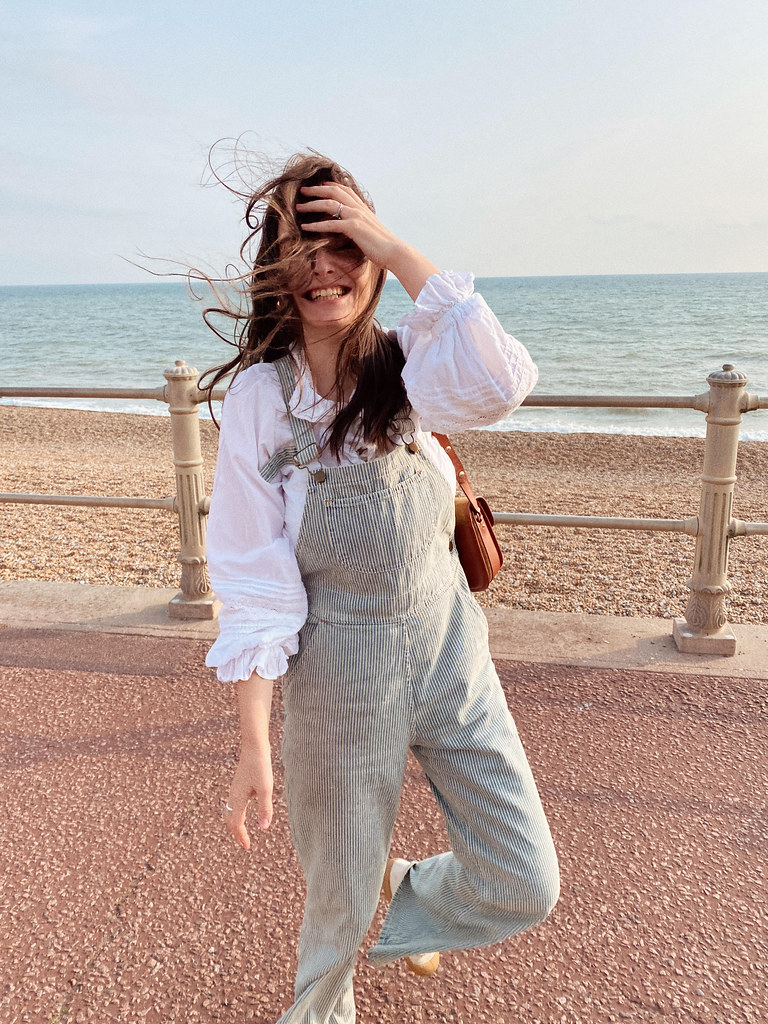 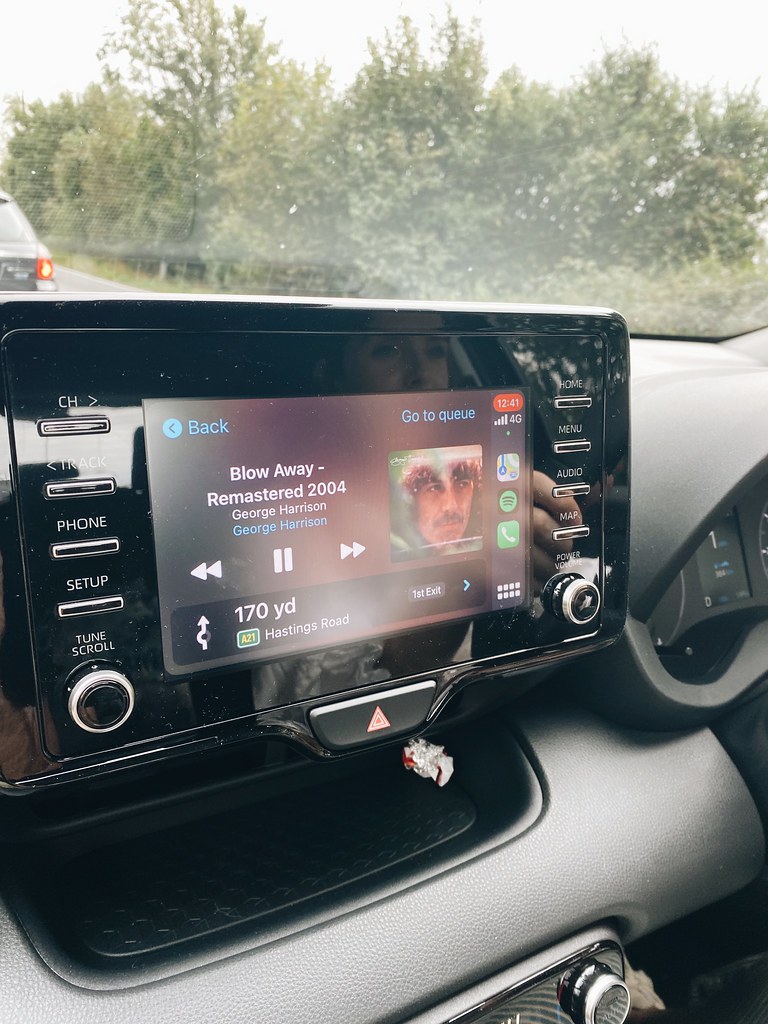 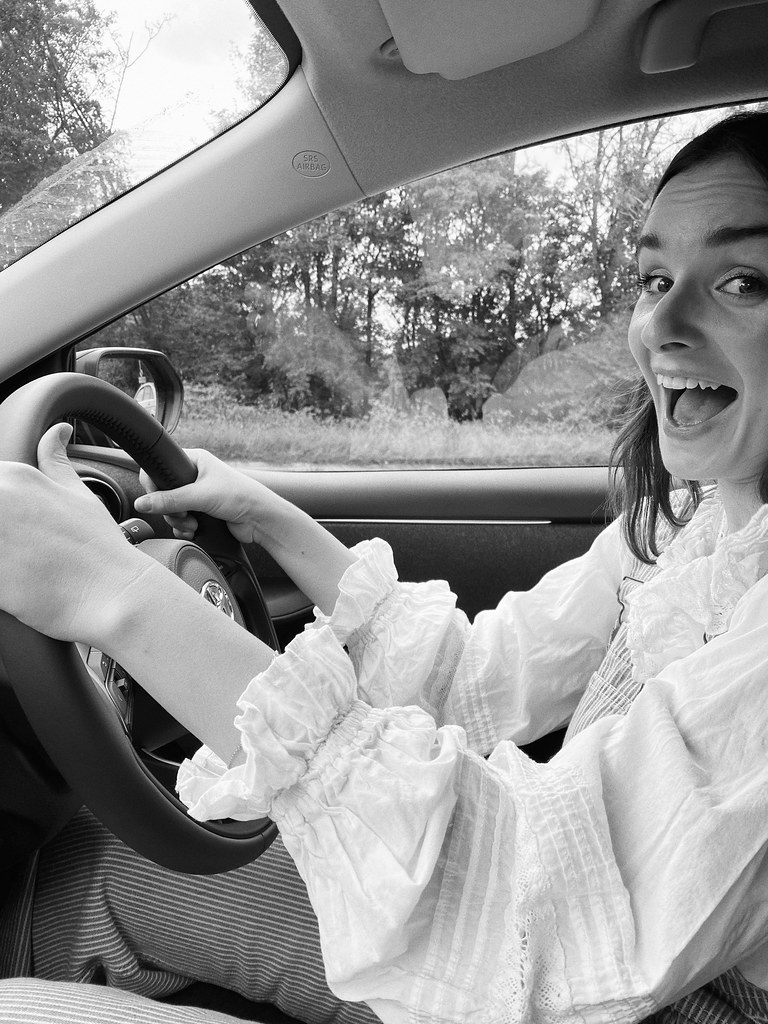 And actually, making those steps and approaching them with a slow, considerate mindset has been game changing. Giving myself little goals, but acknowledging that they’re free of watertight deadlines and it’s okay if it’s not all easy and linear has made things so much easier too.

And that’s just it- because it has gotten easier.

Although I didn’t drive us to the seaside at the beginning of this month, last Sunday I drove to see my nan on the coast, with my dad in the passengers seat, Arlo in the back and music playing and I couldn’t have felt more proud. Yesterday I spent the day going from the hospital to the supermarket to the vets, sometimes with Joe in the car, sometimes with Arlo and sometimes solo- and honestly, a few months ago I never thought I’d have seen the day. I was in and out of car parks, awkward bays and even did a turn in the road without having to get out of the car and panic when I kept people waiting- I was COOL! AS! A! CUCUMBER! Honestly. It feels liberating knowing someday soon, I will be able to buckle us all up as a family and hit the UK motorways, and enjoy the things that have been on my doorstep all this time.

But, with all of that I’ve continually tried to remember that I haven’t been driving long. Although I passed my test years ago, the time I’ve actually spent on the road has been hours compared to most people’s years, so I know that it’s important to go easy and gentle on myself too.

I continually try and remember that I don’t have to feel comfortable doing things straight away, and although it’s good to make progress; progress comes from time and experience. That’s not a bad thing, but it won’t happen immediately either. Confidence takes patience, and remembering that you properly learn to drive only once you start driving (mostly after you’ve passed your test) has helped a lot too. It will get easier; it already has and it’s all part of the process. Although I might still be a little bit clammy handed, every drive I do makes me a tiny bit closer to the headscarf wearing, top down, music playing driver I know I have deep down somewhere, and if I can do it- I promise you can too.

P.S If you want to chat to other nervous-Purvis’ about all things driving, we’ve set up a Facebook page called The Insecure Girls’ Driving Club for support, recommendations and tips and I hope it might help, even a little bit. 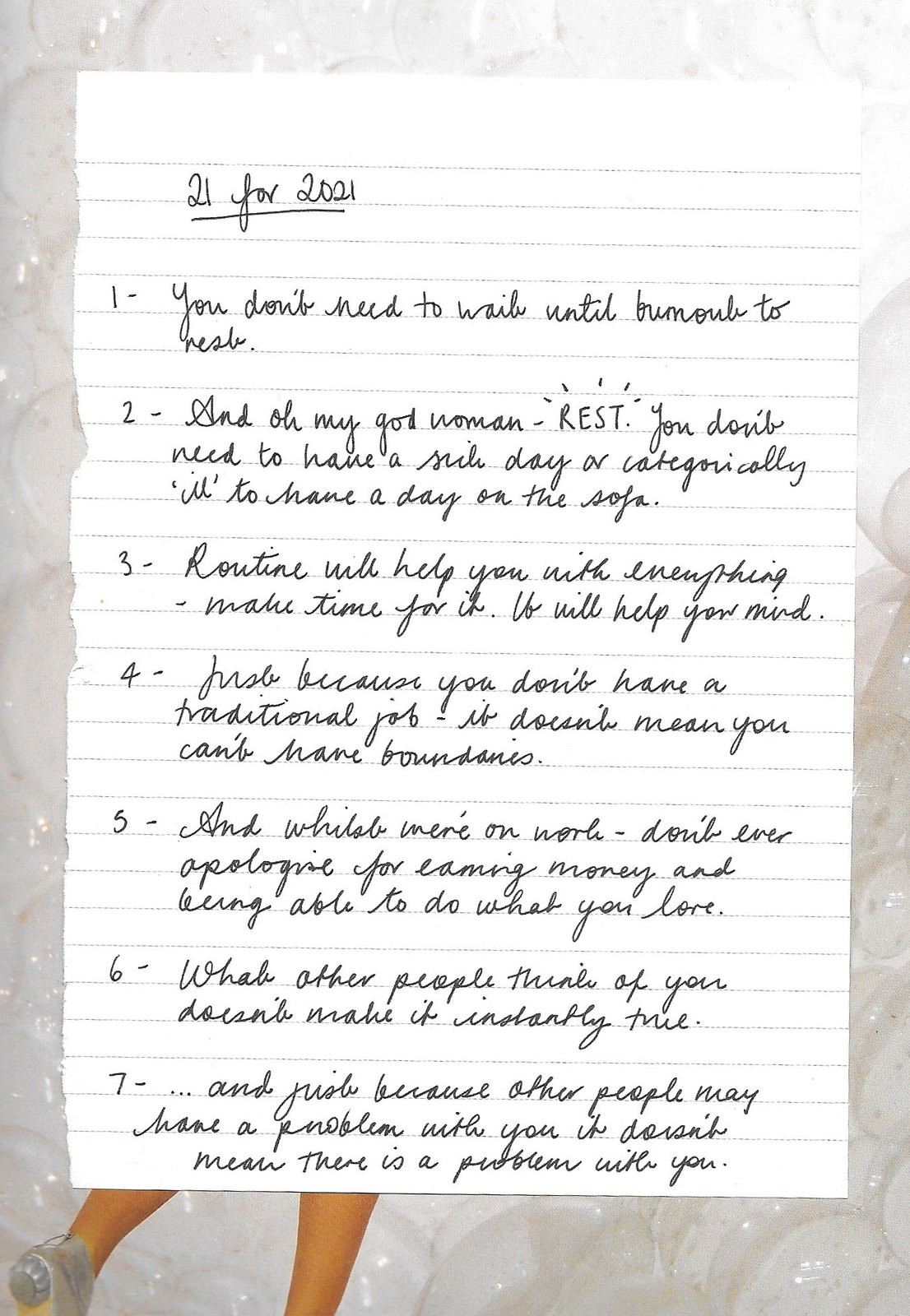 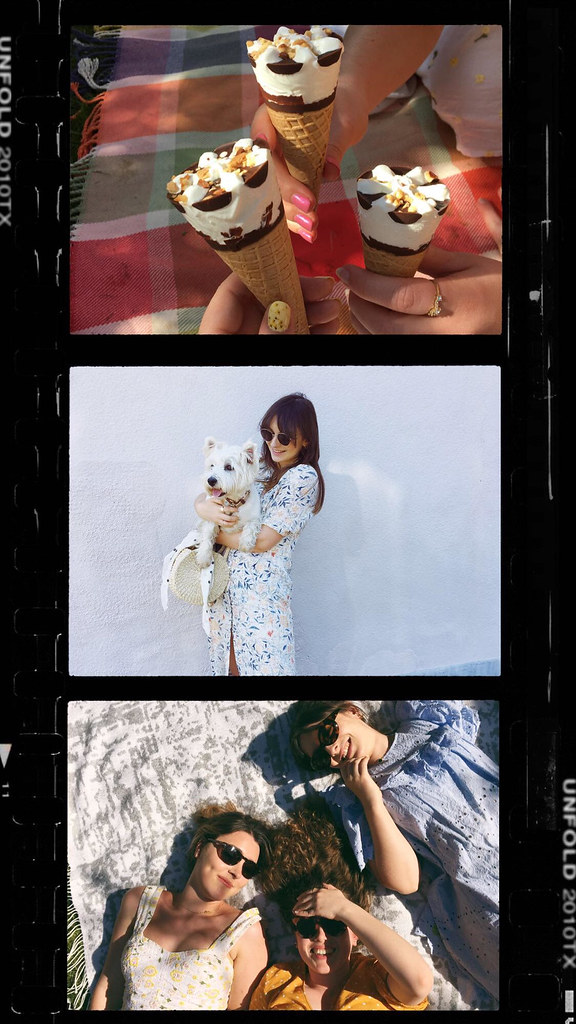 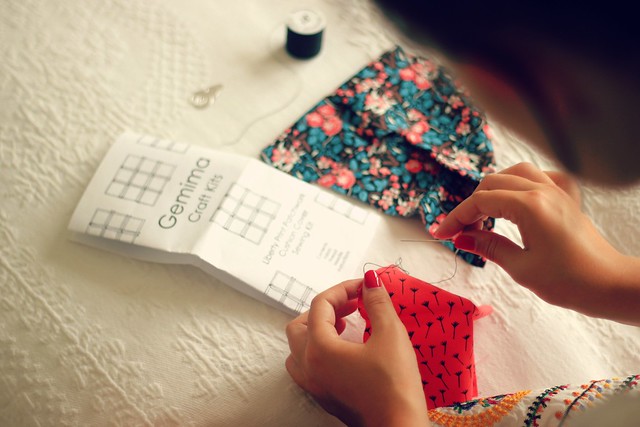