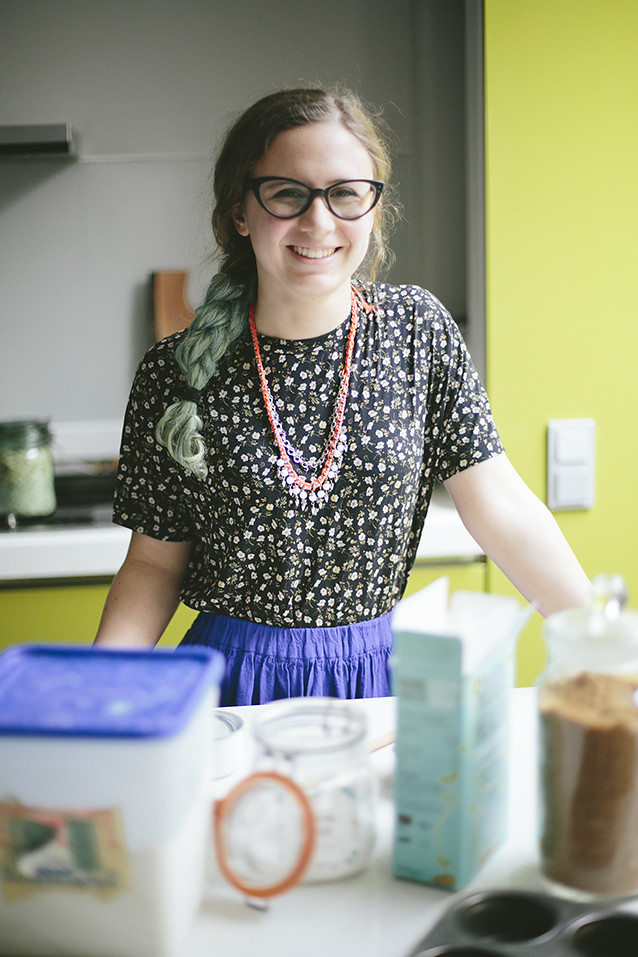 At 19- I’m pretty sure Izy Hossack is already on her way to taking over the world. Having read her blog and followed her Instagram with keen eyes (and a rumbling tummy) for just over a year, it was the release of her debut cookbook, Top With Cinnamon, that had me racing to her front door (with permission, obvs)- keen to catch up and find out more about the girl who is not only an exciting, original and downright delicious chef- but a kick ass food stylist, photographer and writer to boot. Impressed? You will be. Chatting about rummaging in charity shops for the perfect props (and how buying one lone plate always looks a little bit weird), hobby sheds and stuffing yourself silly with too many enchiladas (but it always being worth it in the end)- I couldn’t wait to hear more from one of the most talented ladies on my Instagram feed (and now kitchen shelf)…

Hey Izy! So, for those of us that haven’t heard of you before, tell us a little about yourself…

So, I’m 19 I live in London, and I’ve been blogging for almost four years. My parents both cook, and my dad has an allotment, so I’ve grown up learning to cook from them. My mum is Italian American so she’s bought all of her family recipes over, so that’s how I learnt to bake. It’s all of the classic American recipes like chocolate chip cookies, red devils food cake- which didn’t really come to the UK for ages, but that’s the kind of stuff I grew up making. When I started blogging the bloggers I was reading were mainly American blogs- so the theme of mine kind of started from that. When I grew up I also had lactose intolerance, so that’s kind of the motivation behind some of those recipes too (I couldn’t eat ice cream or drink hot chocolate, for example), and I wish that’s what I’d have had growing up. It wouldn’t be like ‘Oh you can’t ever eat icing again because it has butter in it!’ 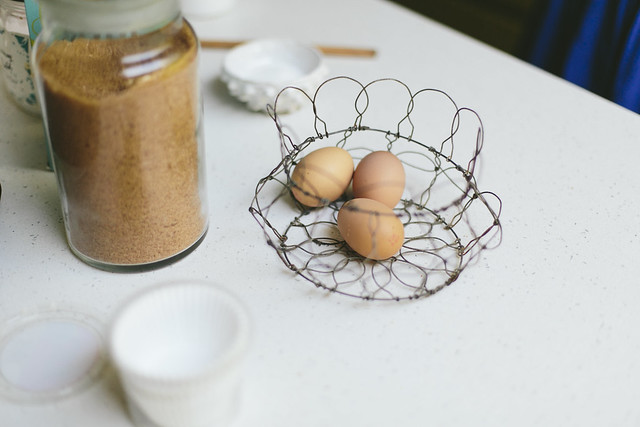 So, how does an average day for you look? You’re now on your gap year, so you must have some more free time!

Usually I’ll have breakfast, and then perhaps Instagram it- depending on what I’m having! That will give me an opportunity to sit down and look through Instagram, which is where I get quite a lot of inspiration from, as you can see lots of different styling and recipes. When you get used to baking, you can usually work out how you’d do a recipe yourself- so you wouldn’t need instructions (unless it was something complex)- so that’s a really easy way of getting inspiration. I also read a lot of blogs (about 300), and there are definitely a lot of people, especially in America that I find incredible. There’s one called Local Milk- and she has amazing styling, and an amazing kitchen and props!

You’ve grown up in a really foodie household, did you have any memorable meals growing up, or any special moments?

Well, I remember the first time I was baking alone was when my mum was out- and I decided to bake some rice crispy treats. I must have been about ten, but I felt like such a rebel melting stuff on the stove! I was doing it really quietly, but when mum came home she wasn’t mad so it was like ‘Ok! I can bake myself now!’

Ah that’s amazing- especially whilst the rest of us were probably doing Tom and Jerry box cakes! In terms of your book (which I’ll talk about more in a minute)- did you style everything yourself too, as well as bake it all?

Yes! I did the photography too! 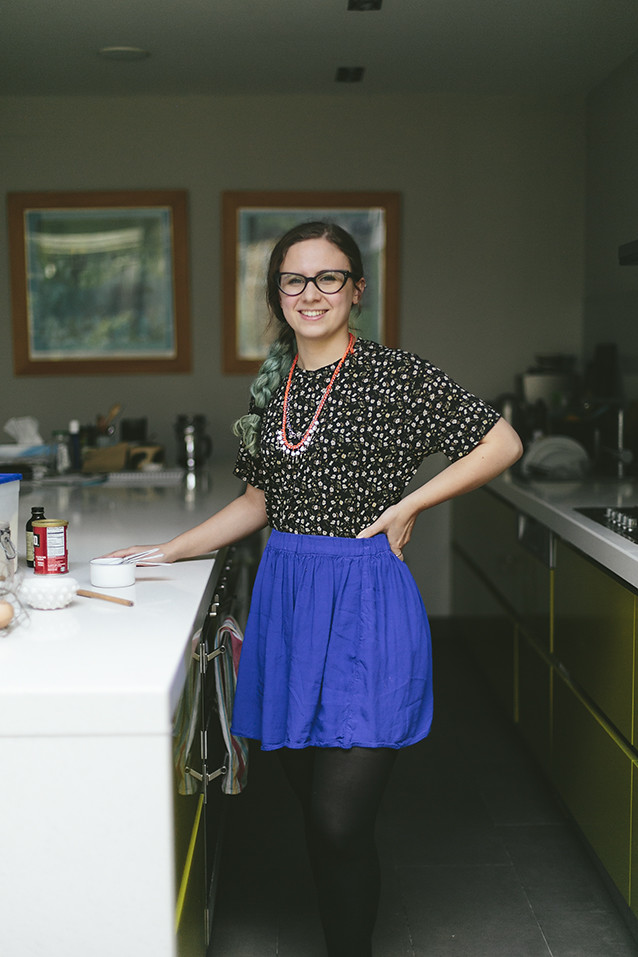 Which is pretty amazing in itself- I feel you are definitely a woman of many talents! Are there any favourite recipes in the book?

It sounds amazing… How long did it take for your to curate all of the recipes? Are they ones you’d collected- or ones you’d worked on especially for the book?

I’d been saving some up from that year, as I’d been thinking that I might go looking for an agent, or a publisher- so would keep some recipes aside just in case. Some were from my mums recipe book too- so there’s a recipe for cornbread, banana bread (which I changed) – and then the chocolate cake. So some are family and some I’d developed. 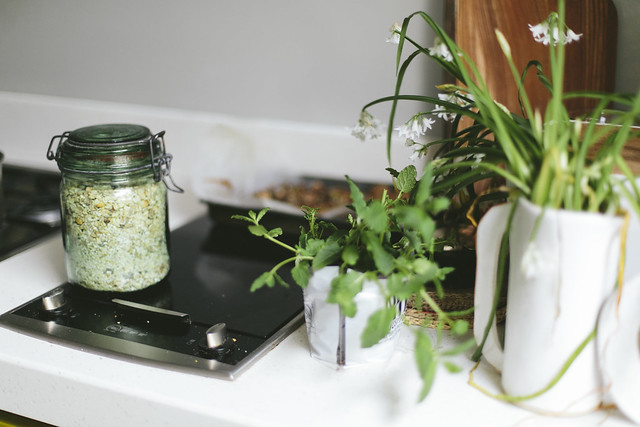 Are there are chefs, or women in food (or otherwise) you look up to or admire?

There’s a woman called Kerry Diamond, and she set up this magazine called Cherry Bombe in New York with her friend, and she’s dedicated it solely to women in fashion and food. I think it’s incredible how they’re seeking out all of these different women in the industry- but finding all of the people that probably don’t get a lot of recognition and putting together a really nice piece of literature. It’s bi-annual so they take their time to curate everything, which is really nice- and I think she’s doing amazing things. Things are definitely changing, and there is more exposure for women working in the food industry, which is really cool.

In terms of cooking dinners- if you could cook dinner for anyone- who would it be, and most importantly- what would you cook?

Well I think the person would have to be Ruth Reichl, who’s autobiography I’ve read- and is an amazing food critic. She was a critic for the New York Times I think, and was there for about ten years and is hilarious. I think cooking for her would be amazing, and then reading about it afterwards about what she’d written would be great. Although her pieces are short they’re really informative, and interesting to read- so I think she’d be on my guestlist. In terms of what I’d cook, I think I’d cook are these shredded chicken enchiladas, where you take chicken breast, and cook it in this tomato sauce whilst you’re putting in smoked paprika, cumin and add spice to it too. Keep cooking it for half an hour, and then shred it up like pulled pork and roll it up with tortillas and sauce and cheese and bake it. I made some with my friend, and we literally made four but were full after one, but were like ‘these are so good, we have to keep going!’ 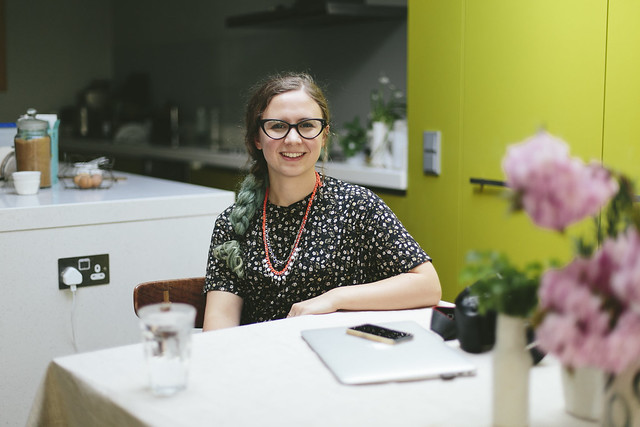 In terms of cooking and ingredients- what are the ones you couldn’t live without?

I think maybe dark chocolate. I’m obsessed with 70% dark chocolate because you can use it for chocolate chips- which is so much better than actual chips as they make amazing melting puddles, or you can make a ganache for a cake, melt it and put it into a cake, or you can make mousse or ice cream- it’s just so versatile, and has such a good rich flavor as well.

Is it your biggest comfort food?

Hmm I’d say either pancakes or French Toast- I love breakfast food! If you use bread with raisins and cinnamon swirl in it too, it’s so good! I put so much cinnamon in the batter that it looks burnt- just all cinnamon!

Are there any place you go to for inspiration, or any favourite hideaways to eat in London?

Actually just up the road there’s a place called Hally’s- and is so nice, and is one of the few places in London – despite a lot of places opening up, that has a proper Californian Australian vibe. Think lots of smoothies, avocados and fresh brunch. I saw it on Pinterest first, and then was like ‘that’s in my Borough!’ I also just went to Jamie Oliver’s Fifteen to try out their new Sunday lunch menu- and you can literally get a whole chicken for two people- and it’s such a nice interior as well. There’s lots of natural light, and they have the big Brooklyn style windows which are great for photos if you’re a photographer too!

Finally, what’s next for Izy?!

So I’m going to New York to do an internship with Food52, for two days a week- but am staying there for a month- so will mainly just be out eating at places in New York! 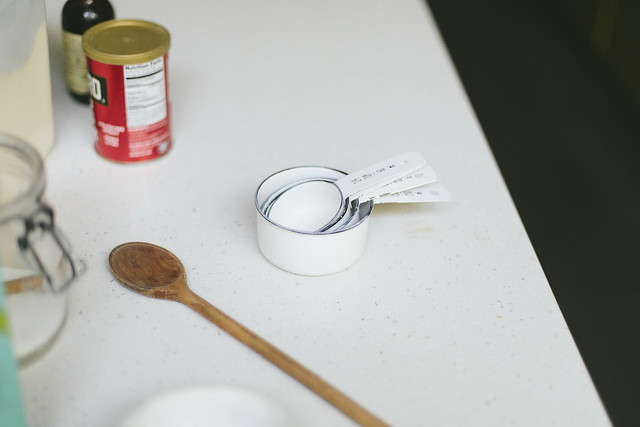 You can check out Izy’s beautiful blog here
X
0 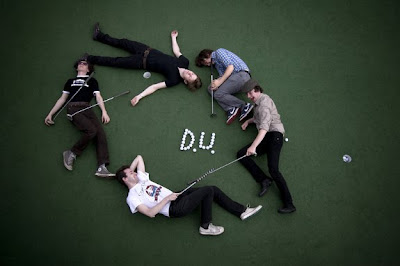 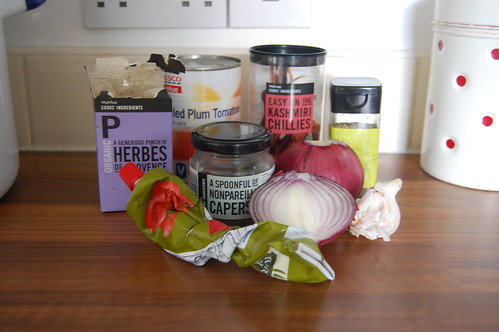 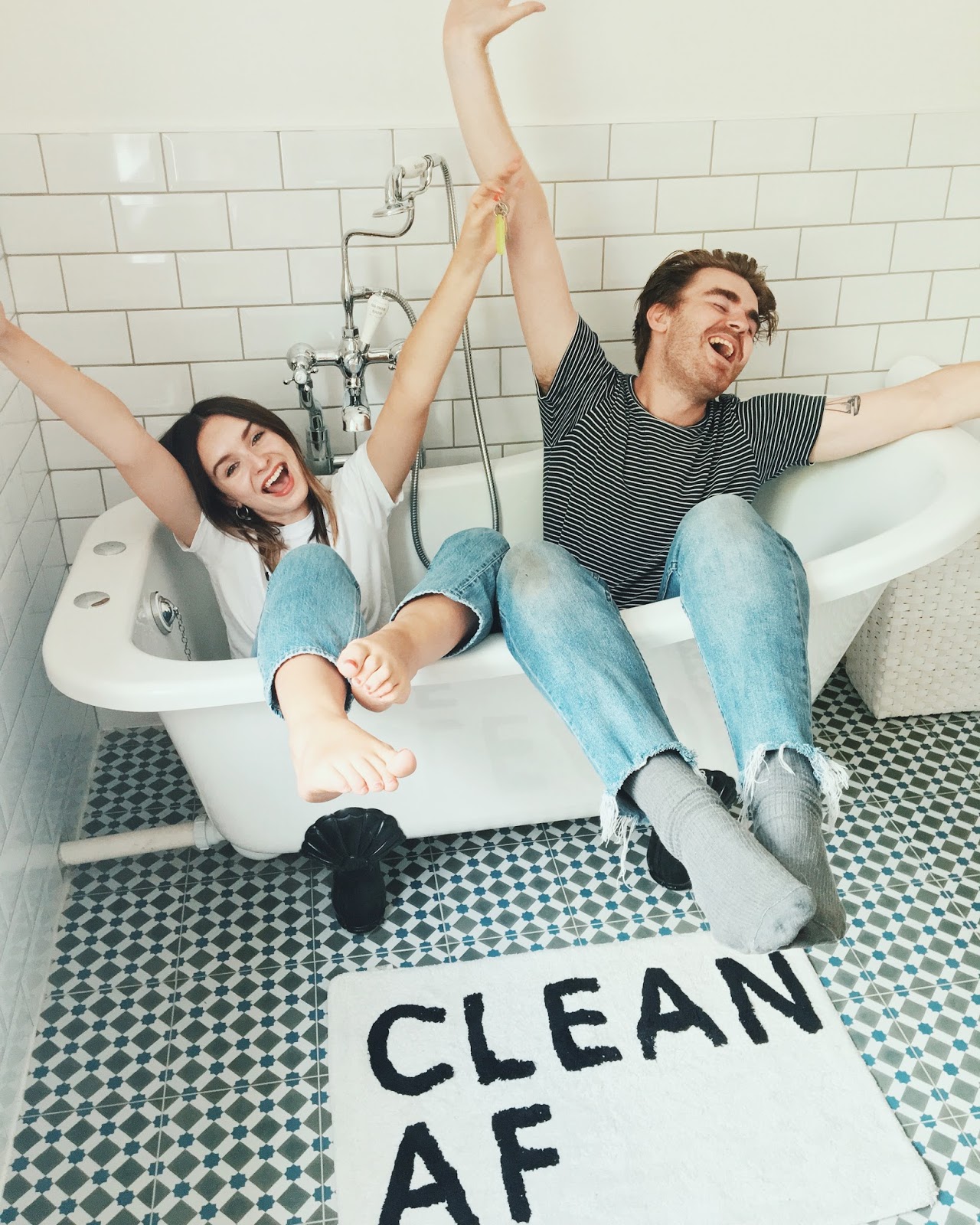