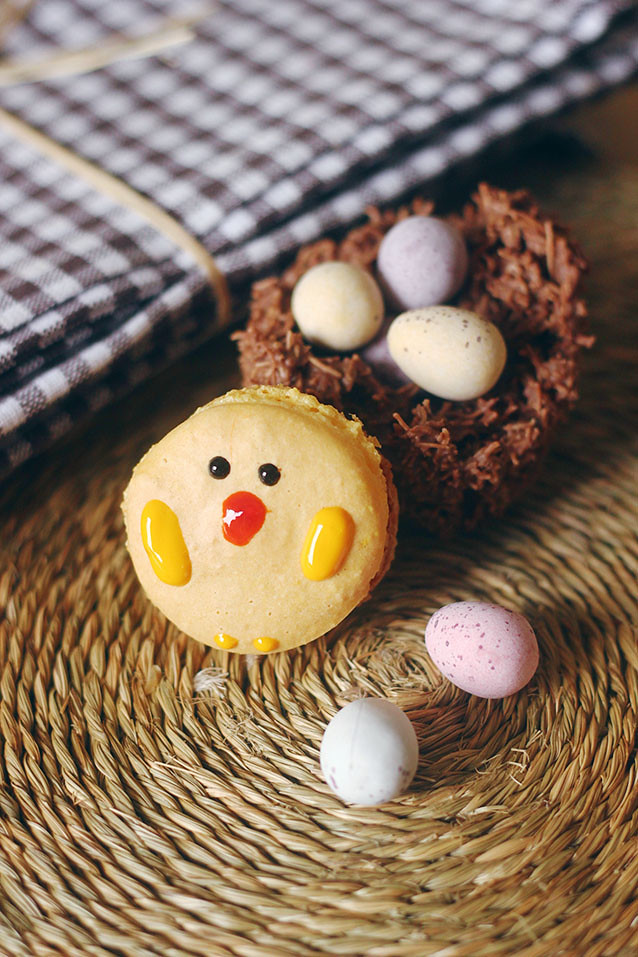 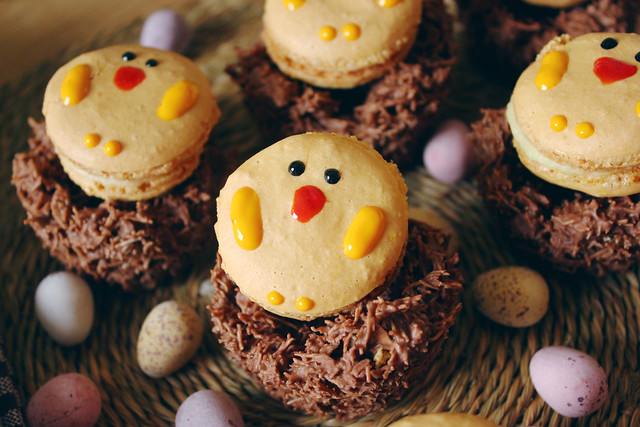 There’s no doubt that if you live in the UK (or anywhere for that matter), enjoy any shreddable cereal mixed with chocolate and celebrating Easter- you’d have spotted these easy-as-pie (easier, if I say so myself) nests floating about, well, just about anywhere. They’re the easiest way of eating chocolate en masse without looking too guilty- and paired with these pretty straight forward ‘chick’ macarons they look pretty impressive- and super cute at that!

1. I started with the nests as they are so easy- and once they’re all done they have some chilling time too! Simply break up your shredded wheat bars, pop them in a bowl and mix them in with the melted chocolate! Spoon this mixture into your cupcake cases to give them some shape and pop in the fridge for an hour or so- see, I told you it was easy!

2. For the macarons, pop your egg whites and salt into a bowl and whisk until they form soft peaks (so they flop over), before whisking in the sugar one tablespoon at a time until the peaks become stiff, and stand up on their own. 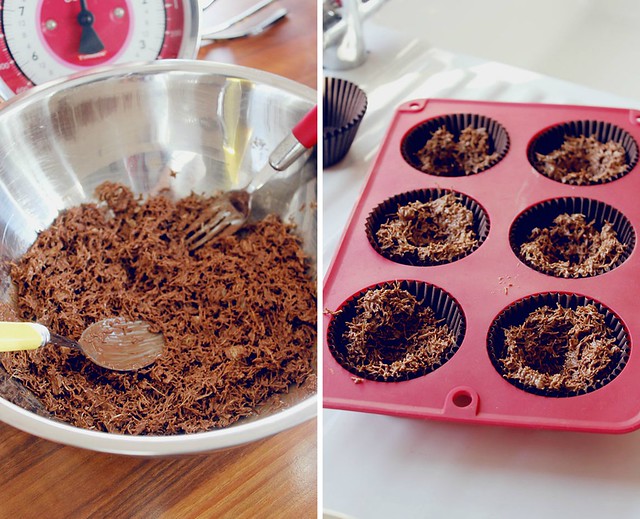 3. Sieve in the almonds, 80g of icing sugar, a teaspoon of vanilla essence and a few drops of food colouring (until you get your desired colour) into the mix and gently fold everything together (but make sure you do this gently, as to not lose the air in the mixture)- until everything is combined!

4. Now for the oven part! I used this silicone mould from Lakeland to bake my macarons in, to keep the shape perfect- but you can also draw identical circles on some baking paper to use as a template! Either way, dollop your mixture onto your sheet/tray with a teaspoon and leave to stand for half an hour so the macarons form a ‘skin’. 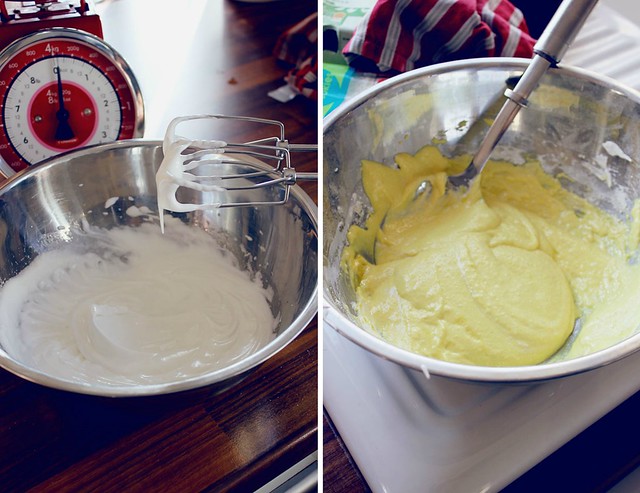 5. Preheat your oven to 180 degrees and then pop the macarons in for 15-20 minutes, and leave until cooled. In the meantime, whisk your butter until soft, before gradually mixing in your icing sugar, flavouring and food colouring- until you have your desired sweetness and colour!

6. Once cool, sandwich the buttercream between two macarons, and get icing your treats into cute Easter themed animals ; )- take your nests out of the fridge, take them out of the cases and pop some mini eggs inside for your chick to take care off- Happy Easter! 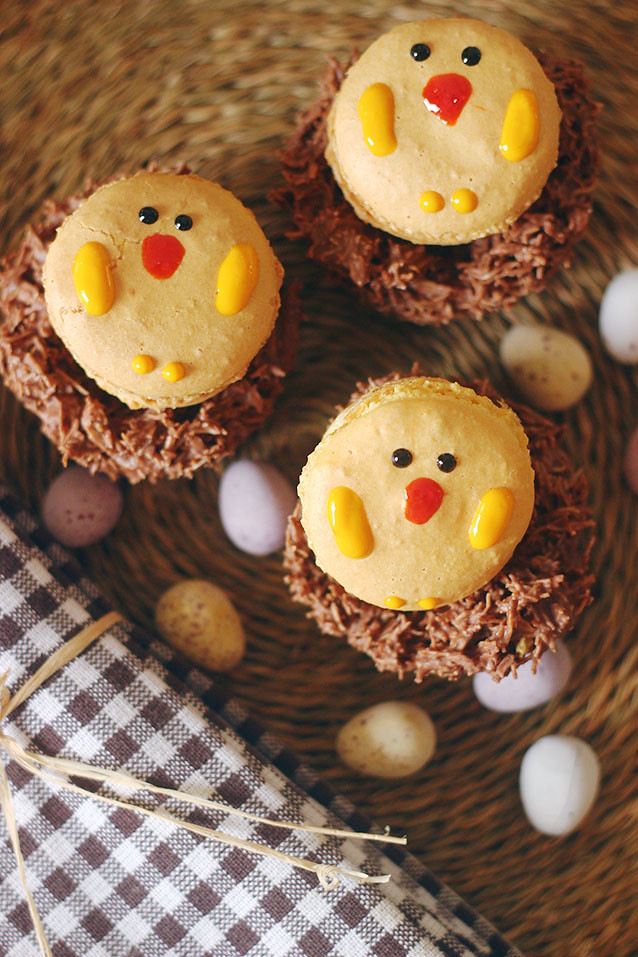 If you give these a go yourself don’t forget to use the hashtag #bakewithliv so I can see! Also, let me know if there’s any recipes you’d like to see!

Ladies behind the sidebar: October 2012 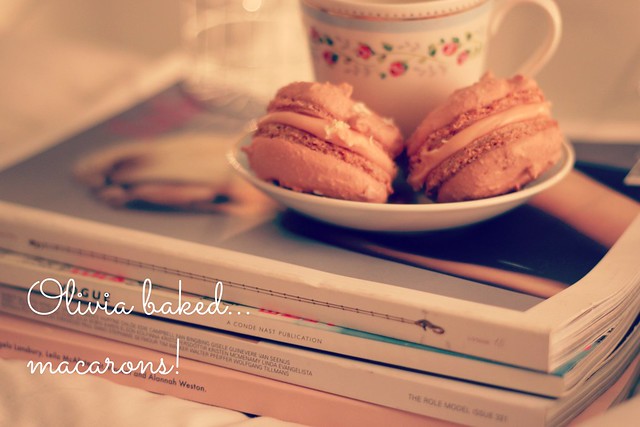