A Night at Camp Hoxton: The Perfect Staycation 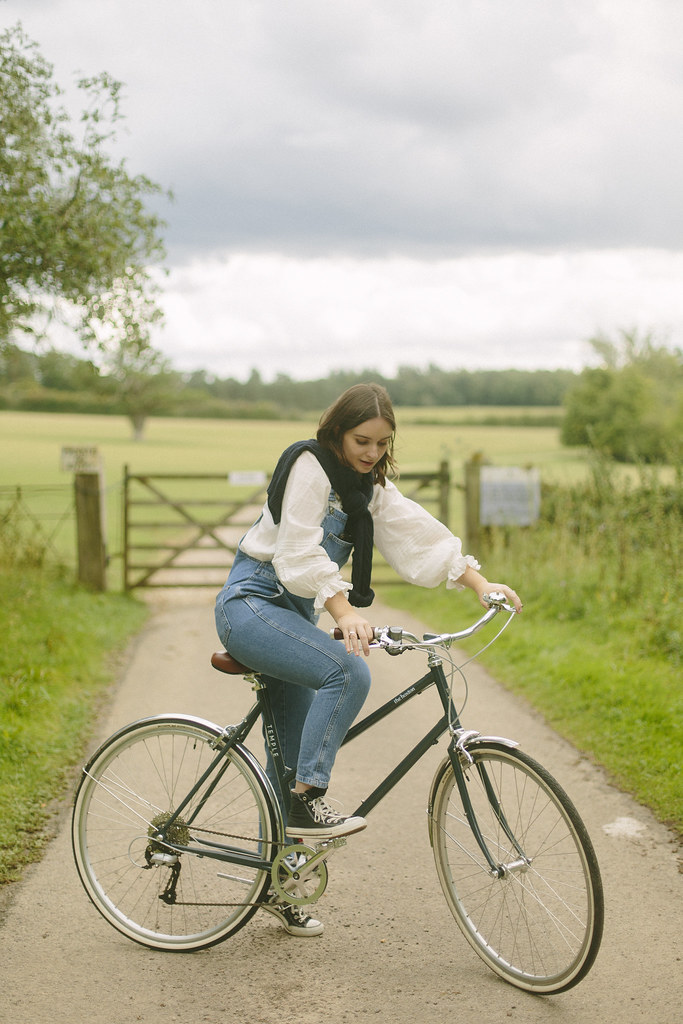 *press stay- but all opinions and big outdoorsyness my own.

Having not properly left the cushioned comforts of London’s amorous Zone 4 since March, the excitement of getting away for a night this week felt unparalleled.

I don’t think I’d quite realised how much I’d missed the luxury of travel and spending the night between a different four walls (or no walls in this instance), but even the buzz of rolling my toothbrush into some toilet paper for the night and checking my straighteners were off one, two, three times before we stepped out the door- were both things I’d surprisingly missed.

Anyway, on the agenda was a night at The Hoxton’s countryside set-up, Camp Hoxton– in Hoxfordshire (f.k.a Oxfordshire to you and I)- an hour away from London’s Paddington station, and nestled away in the grounds of the rather regal Eynsham Hall (which is currently closed for refurbishment, which definitely makes it feel like you’re stomping around your very own grounds for the evening). The set up consists of 12 bell tents, each equipped with their own ‘patio’ barbecue area, festoon lights and hugely welcome private toilet and shower- as well as a Hoxton-away-from-Hoxton check in tent, with a lobby set up to rival even the comforts of their Southwark residence.

Now, I’ve had a bit of a tumultuous relationship with camping. Having joyfully camped at rainy Reading festivals, spent seven days under the sun at Benicassim in a tent where everything felt like a sauna- and a handful more U.K festival experiences that range from open-air long drops in the rain to mild tent flooding- I’ve had my fair share of tent pitching and unglamorous camping experiences. Which is why this feels wholly different- and much more like a relaxing break and hotel-in-nature experience than it does a traditional camping trip- and in a very good and spoiling way indeed.

Maybe it’s the (slightly) pathetic Londoner in me that likes to feel ‘rural’ and ‘outdoorsy’ but whose camping experience looks like rattan and mid-century furniture with a Robert’s radio next to the bed- and if that is me, than so be it- because I would do this again and again (and again). Sometimes it’s nice to enjoy something slightly different (or outside of your ‘comfort zone’ if you’re a serial bricks and mortar gal) and still enjoy life’s little luxuries too. Because that’s what a proper holiday is supposed to feel like, isn’t it? 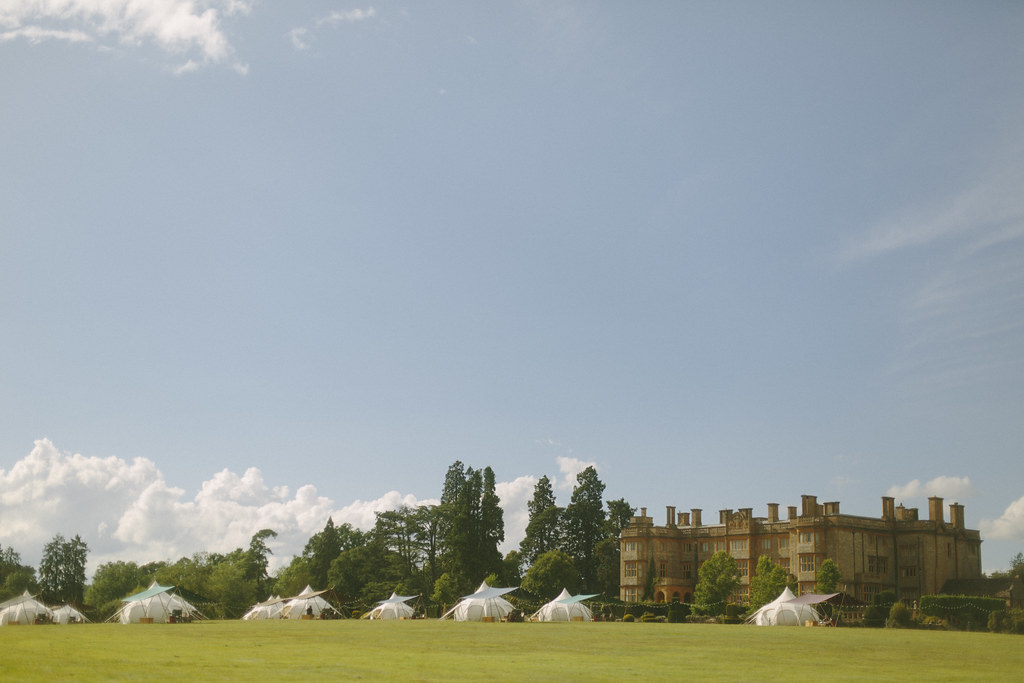 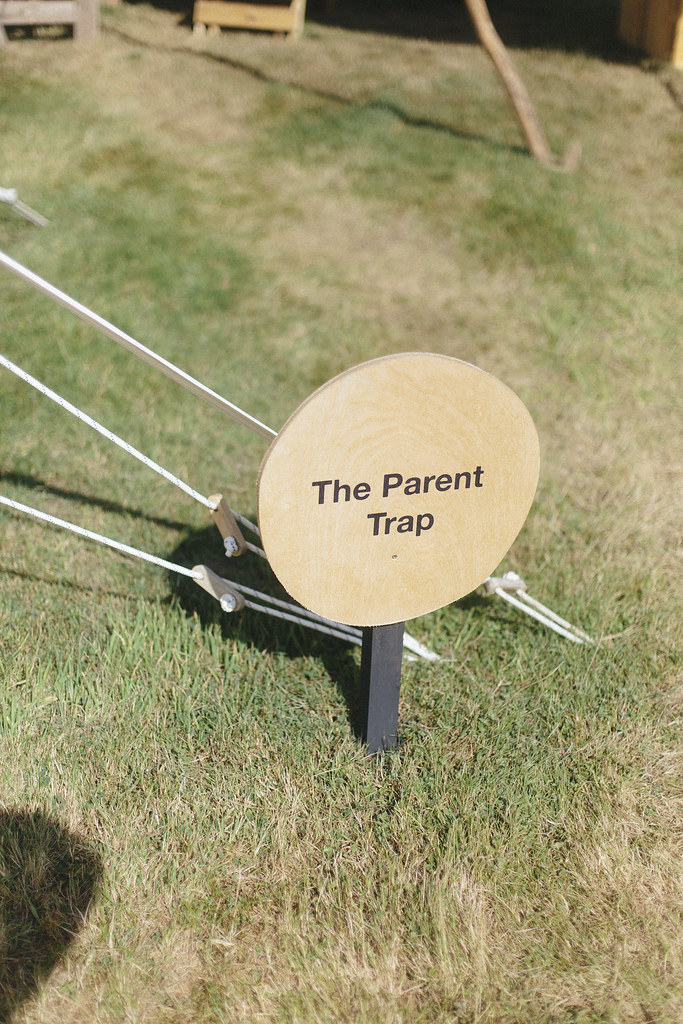 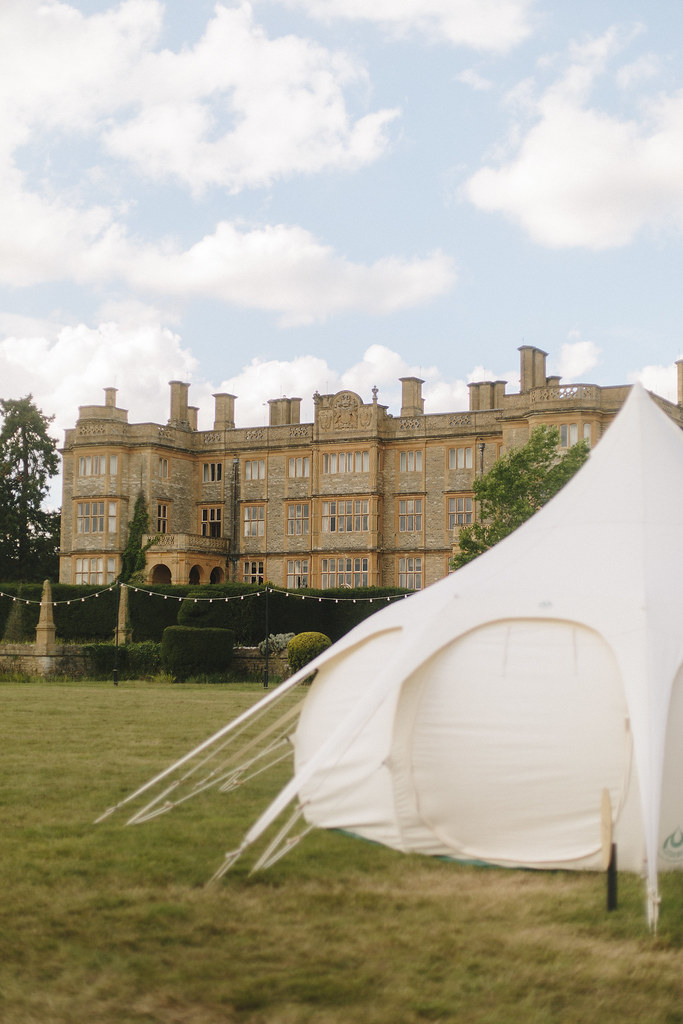 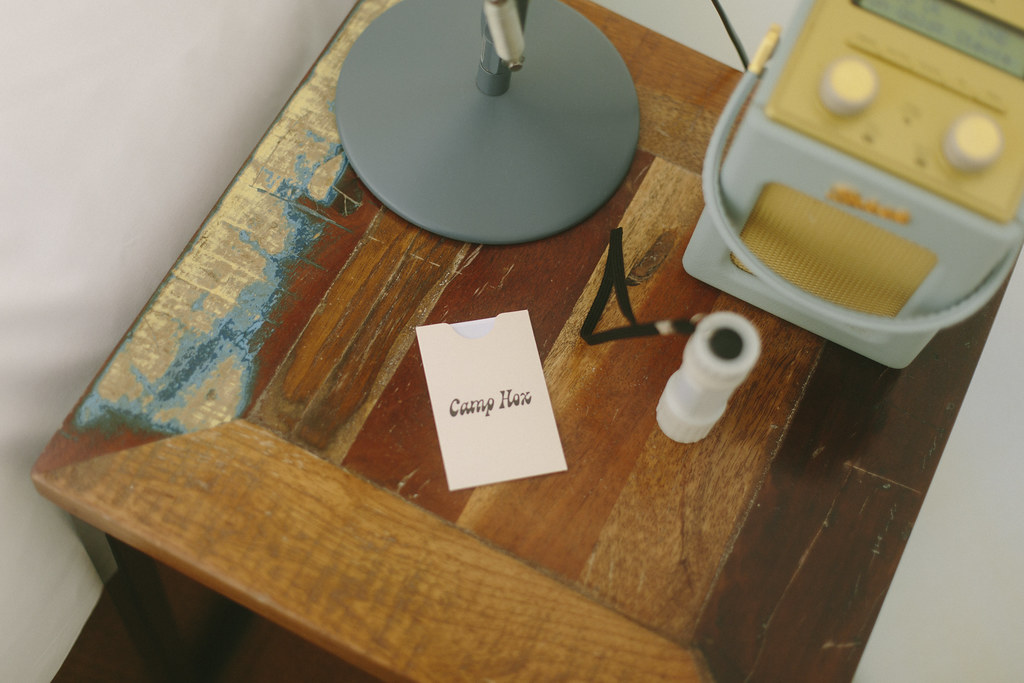 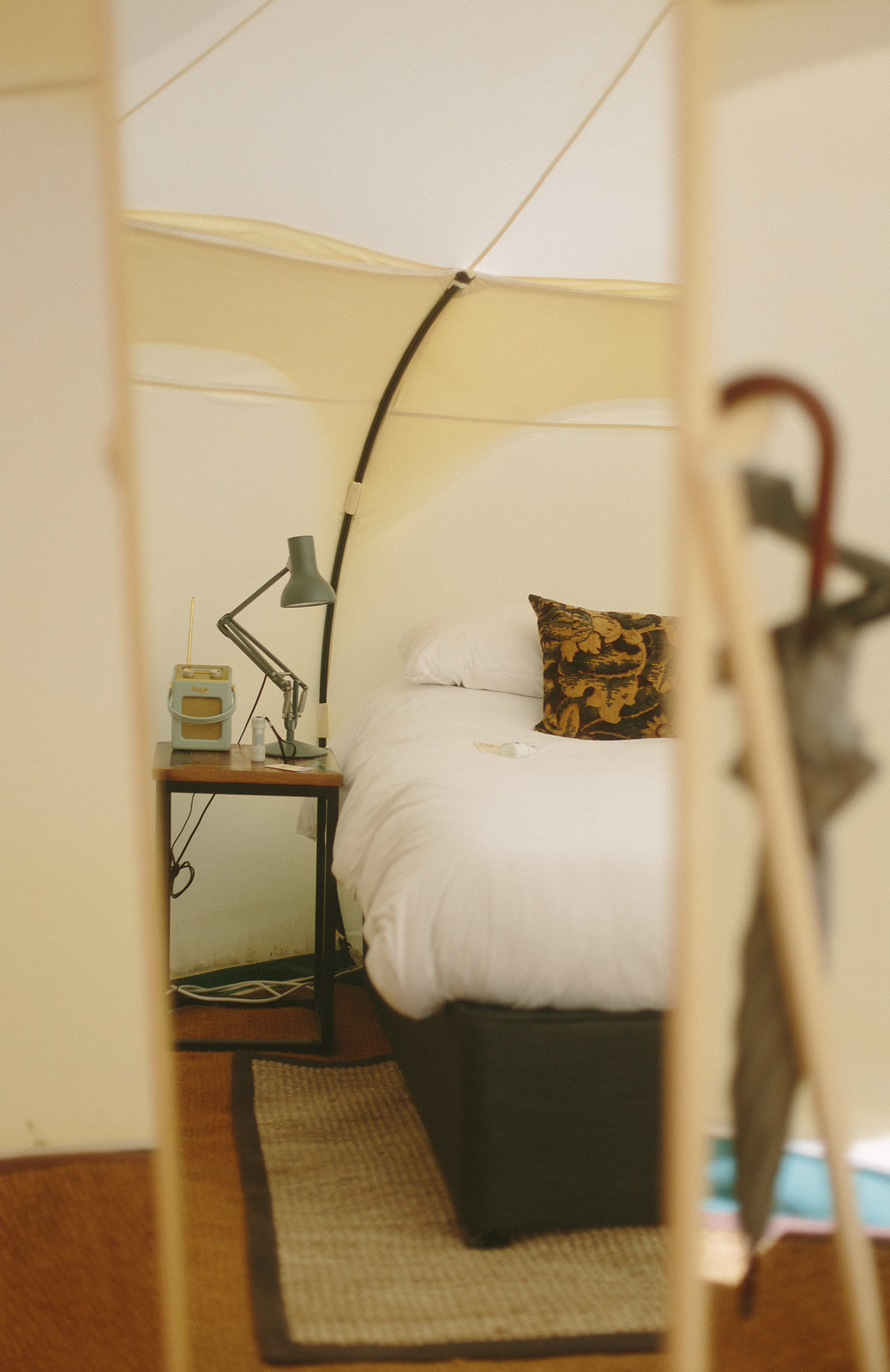 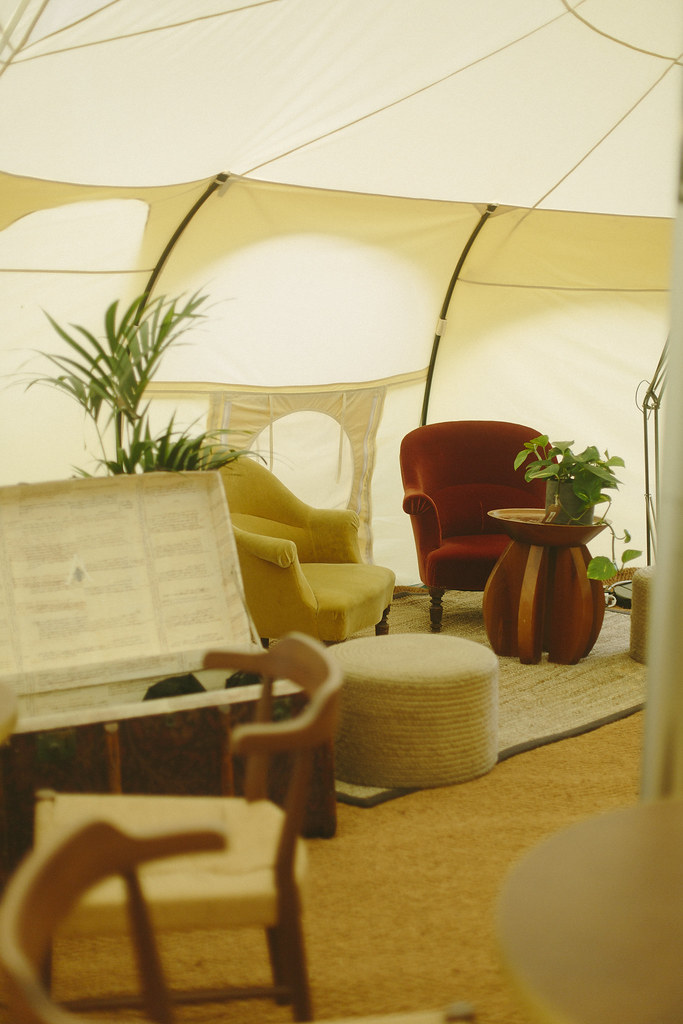 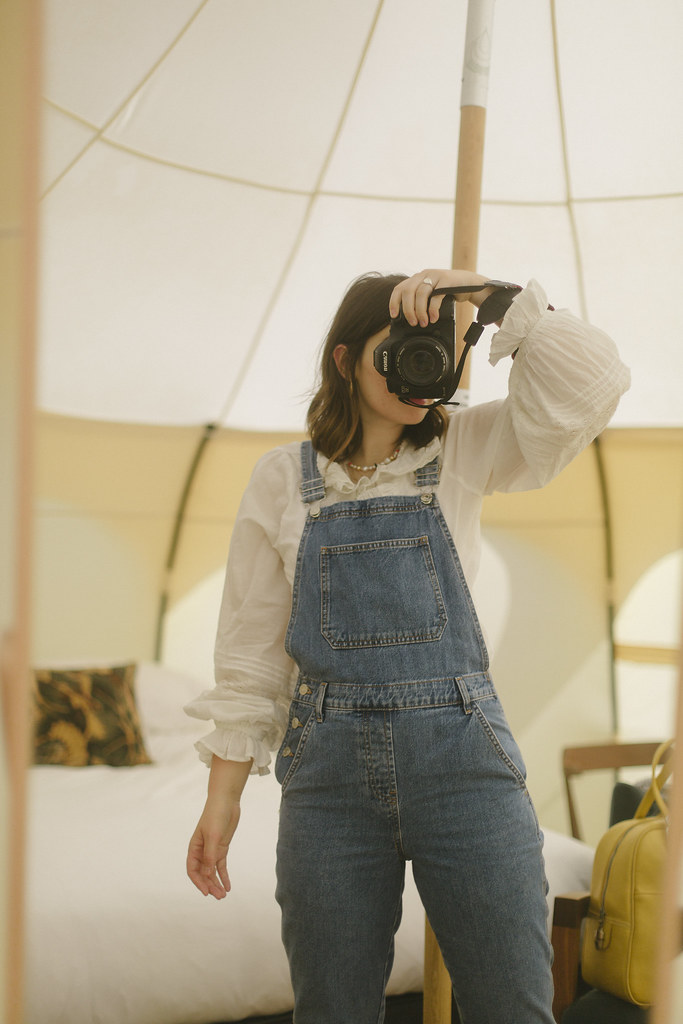 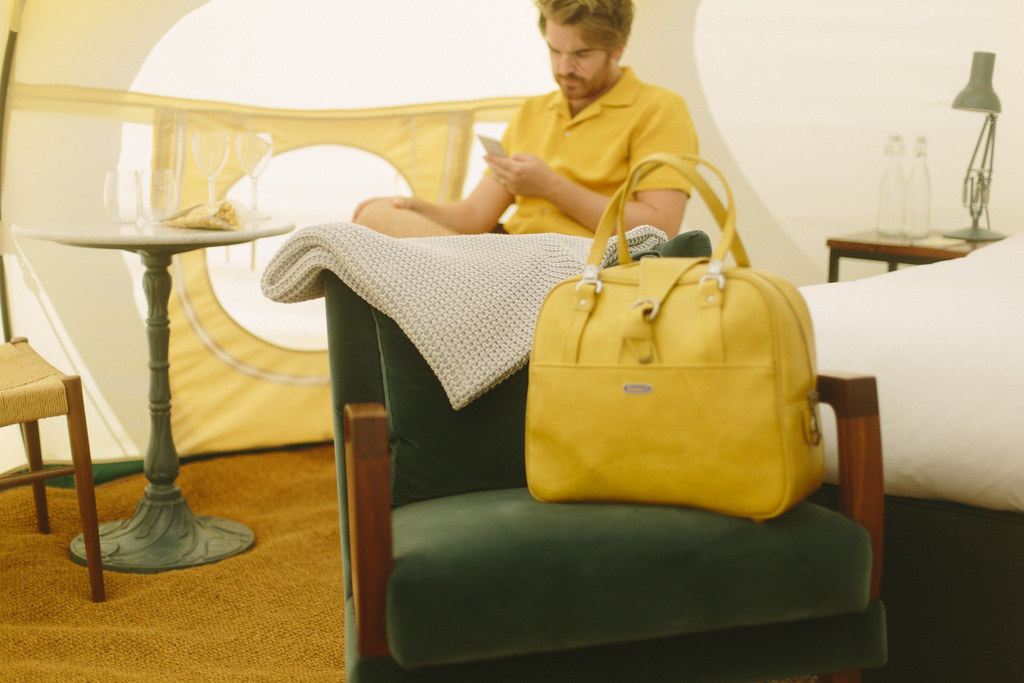 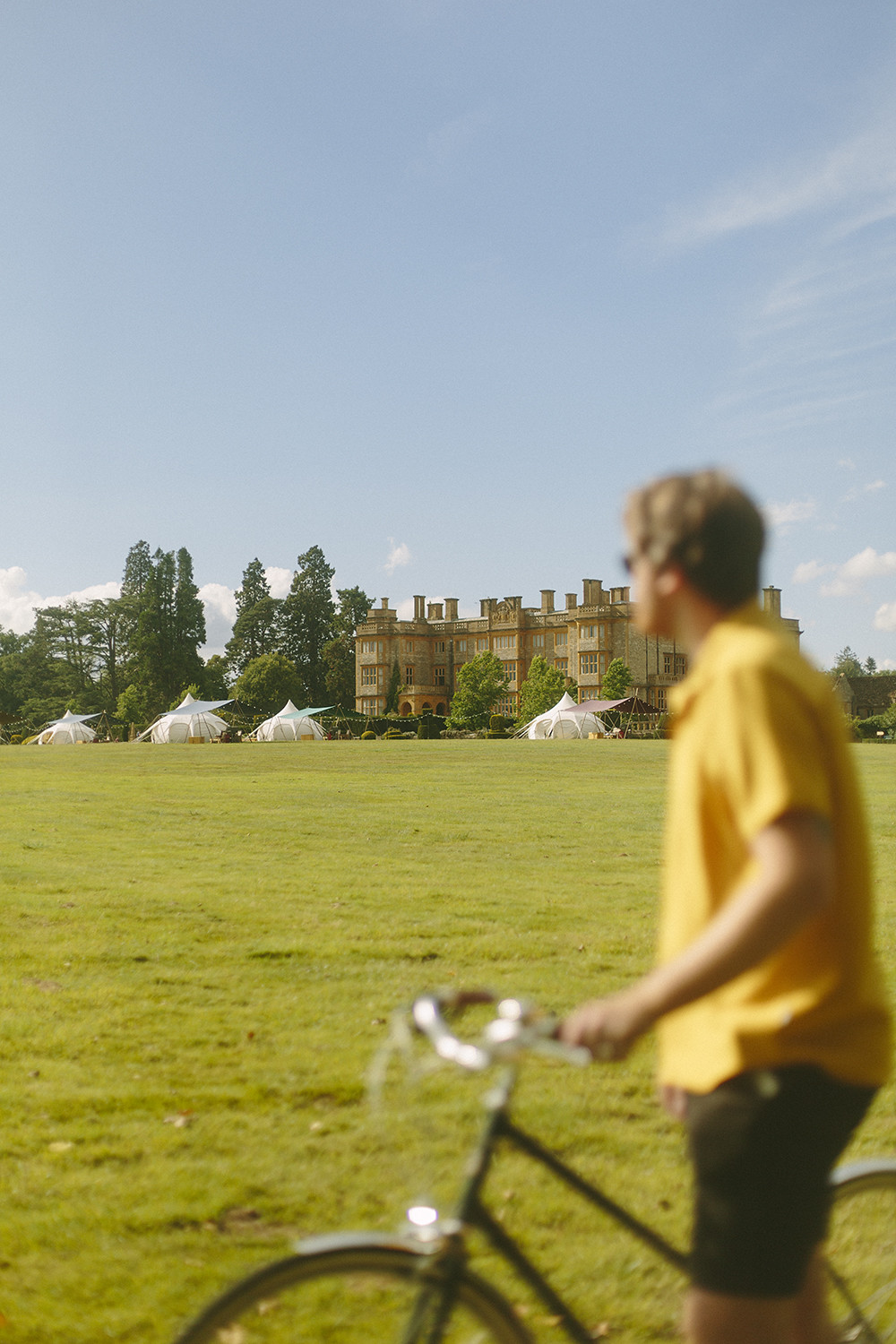 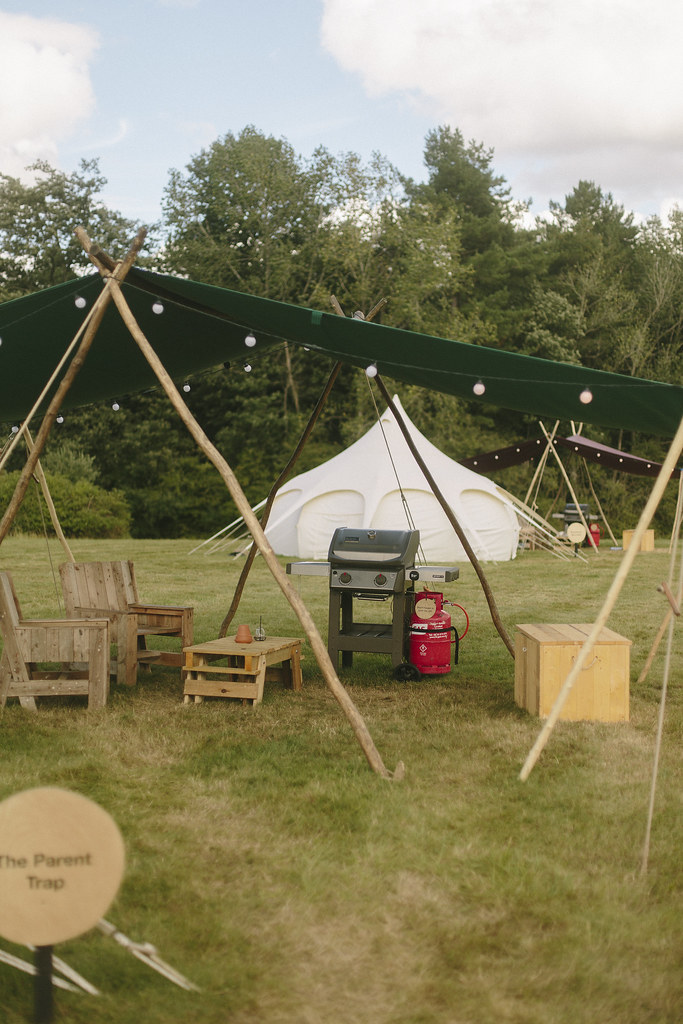 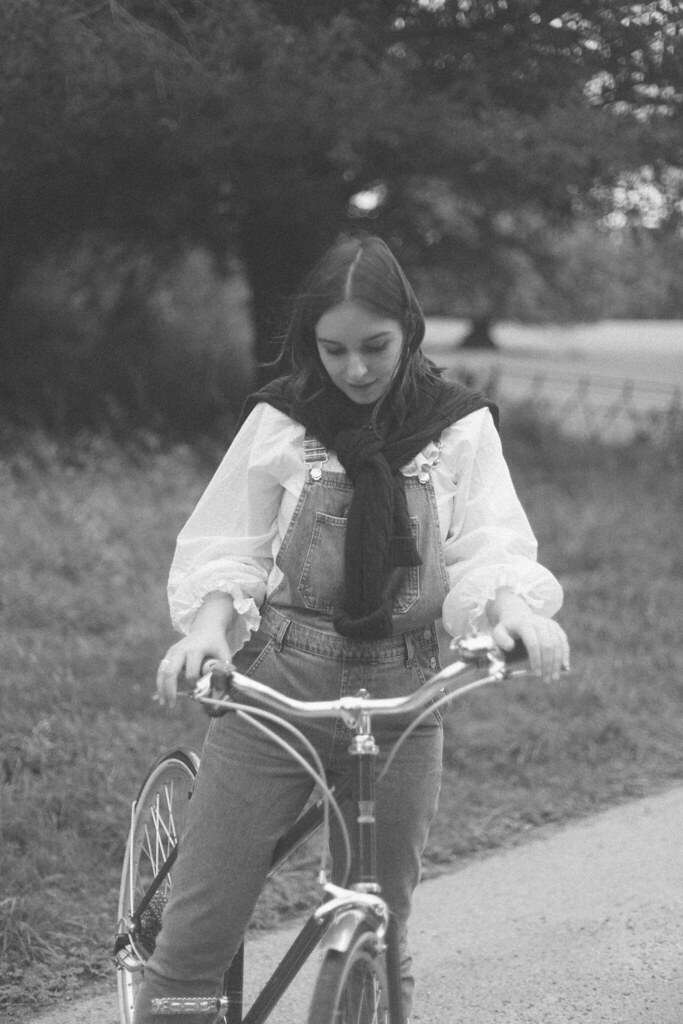 Anyway- after checking in, importantly finding Gold radio, dropping our bags off- we swiftly took advantage of the bikes on site, and pootled around the grounds – witnessing several weather conditions in the hour and also catching sight of how beautiful the location truly is. With your only neighbours being the chattering of sheep in nearby fields- it truly feels like you’re in the heart of the countryside. 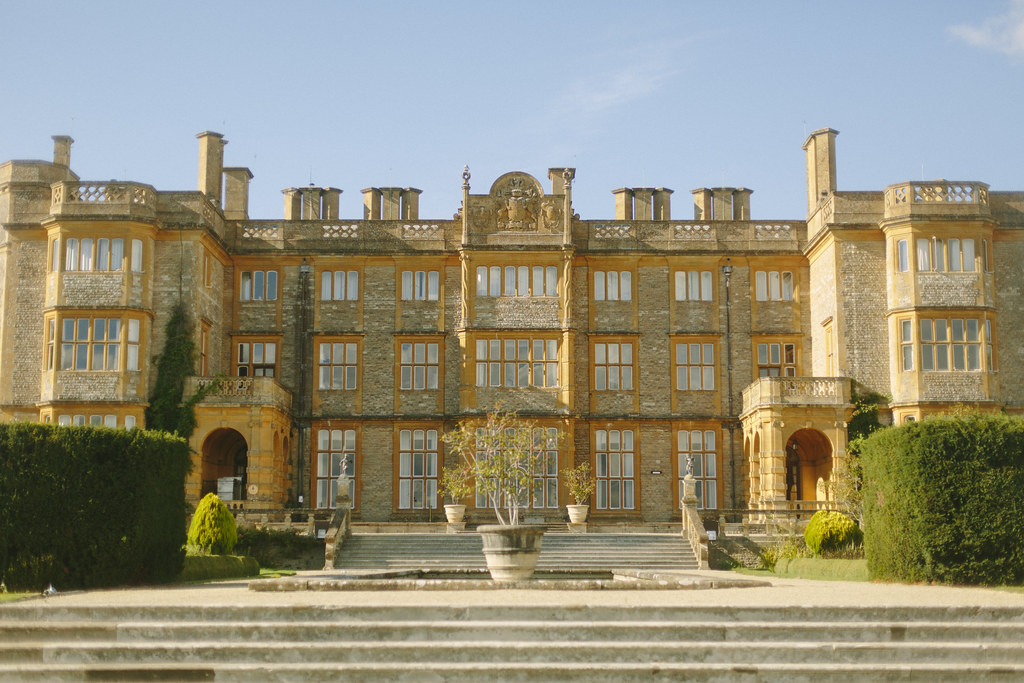 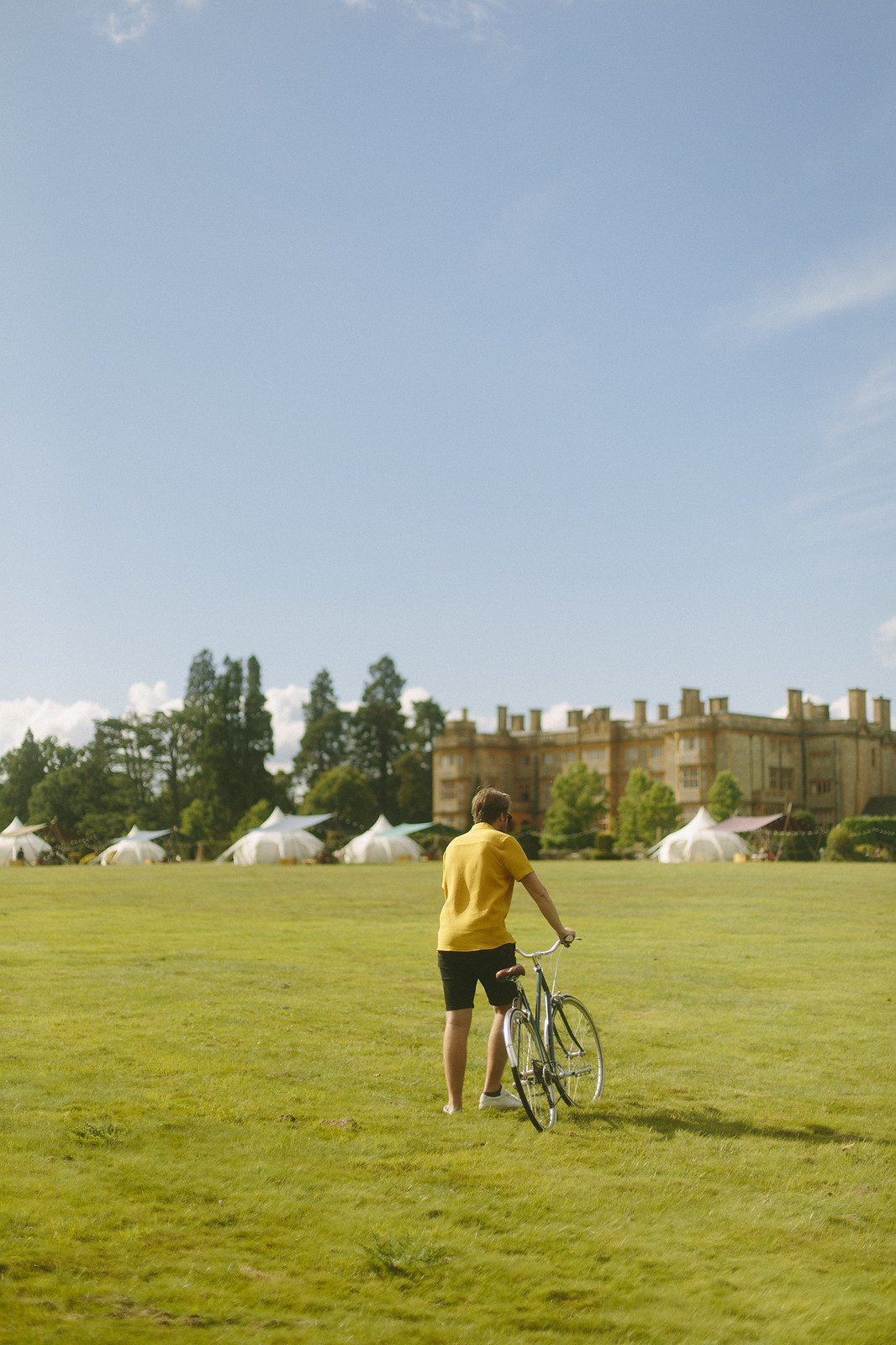 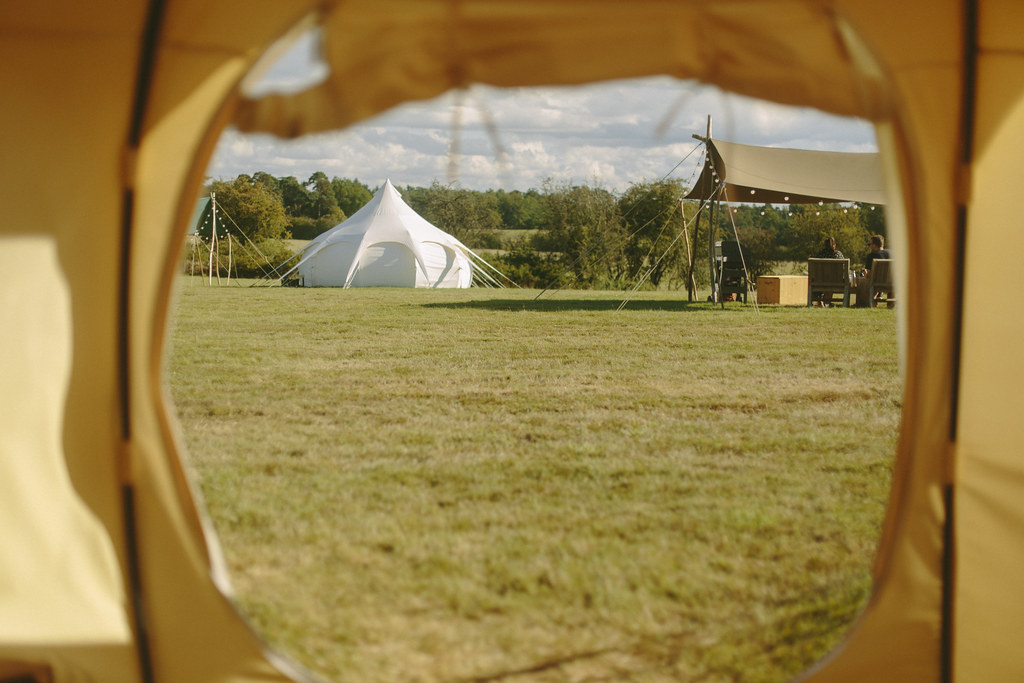 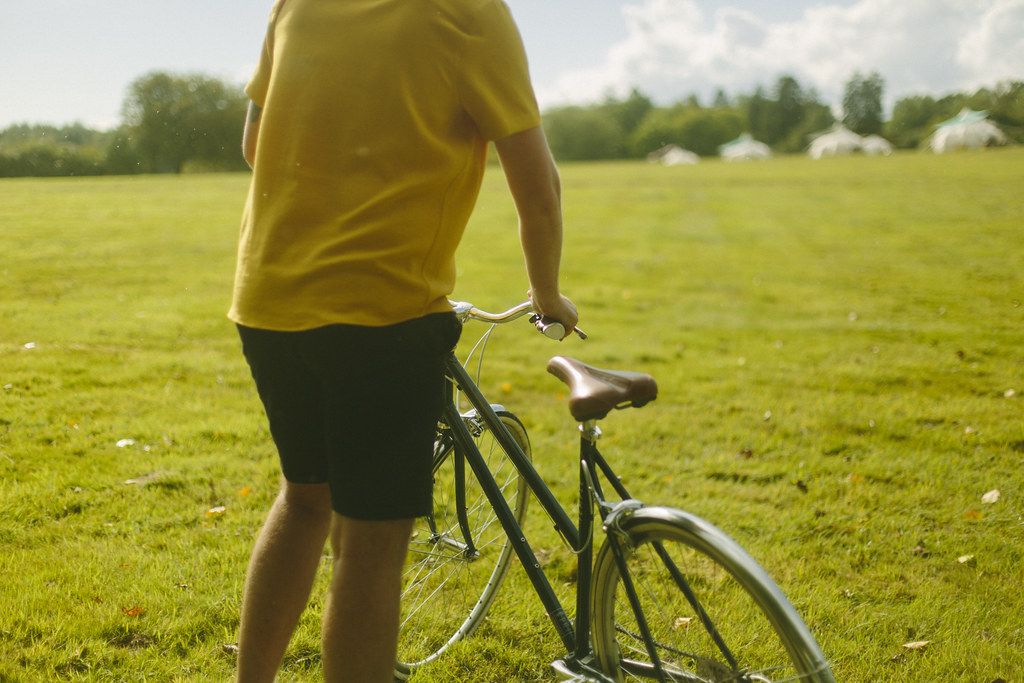 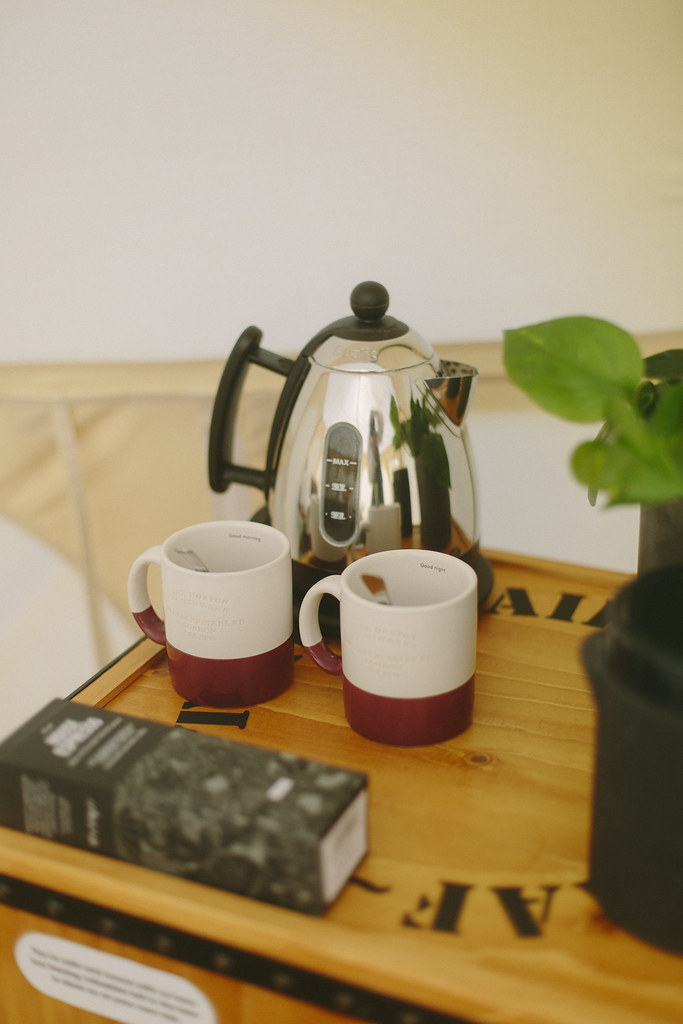 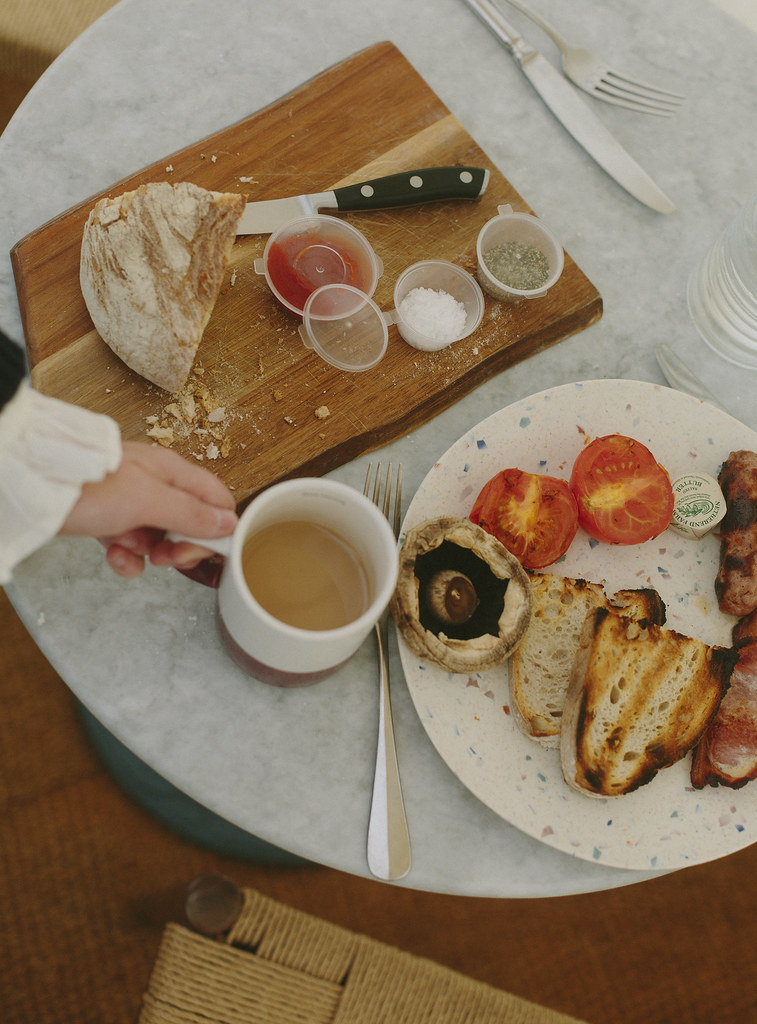 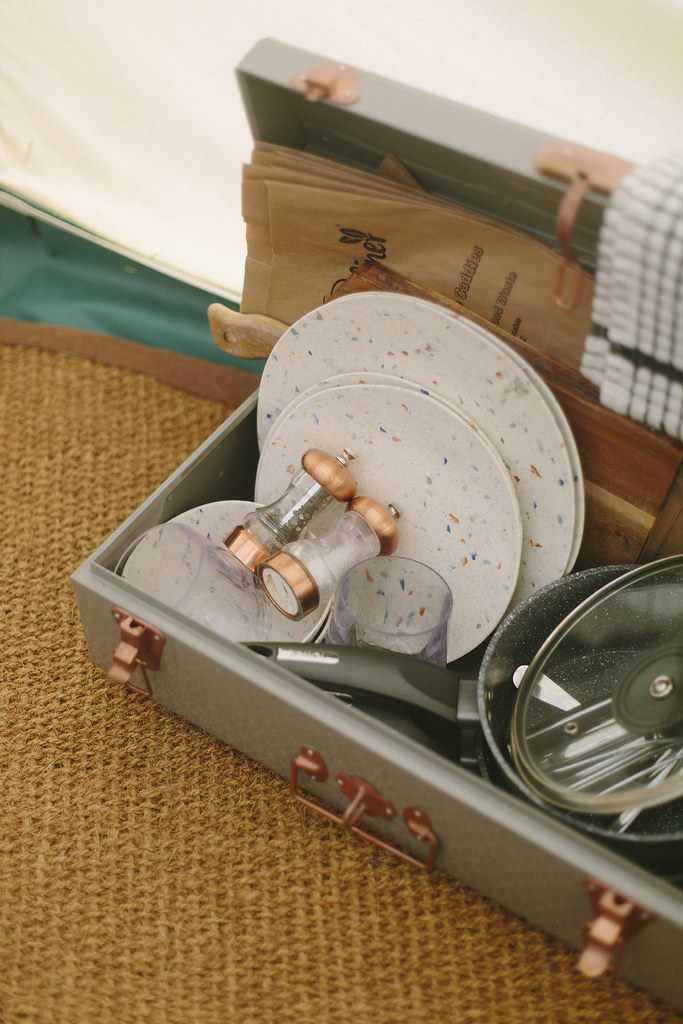 Although Joe and I both agreed that if you were driving you’d definitely be able to utilize the beautiful surroundings and attractions more (you’re a stones throw away from Oxford, and so many beautiful surrounding pubs and quaint villages that are worth extending your stay for)- it was easy enough using local cab firms to and from the station- and we were also assured the cycle to some of the local pubs was straightforward too (even if you’re a bit of a… cautious cyclist like yours truly).

Thankfully, if you’re happy to stay put in your tent, you’re also able to order a food box to your door- whether that’s a BBQ banquet or happy campers breakfast box- everything is taken care of as much (or as little) as you’d like it to be- meaning that whether you’re well versed in your tent etiquette or can’t tell your sleeping bags from designer bags, you’ll be truly looked after at Camp Hox. Scouts honour. 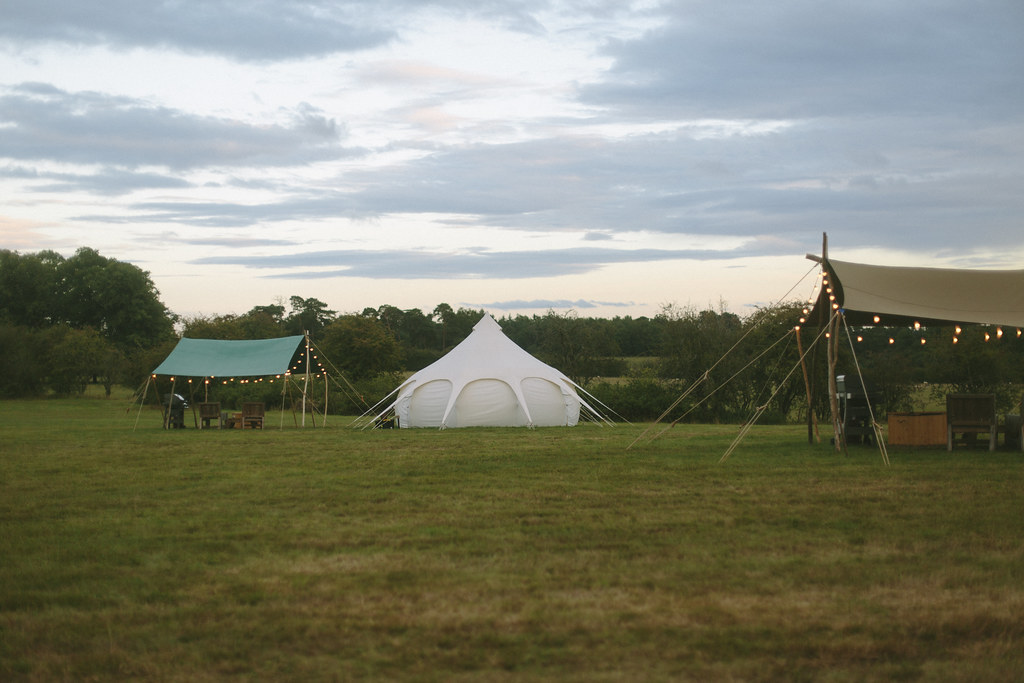 Unfortunately tents at Camp Hoxton are currently all sold out, but head here to keep an eye on any updates, last minute changes and for anything else they’re working on (because you know it’ll be good). 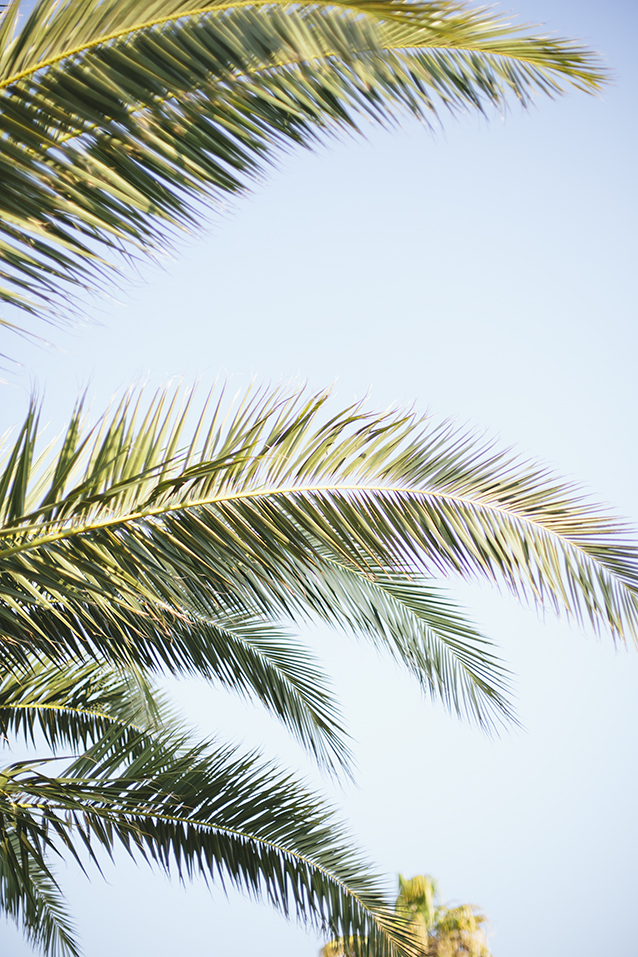 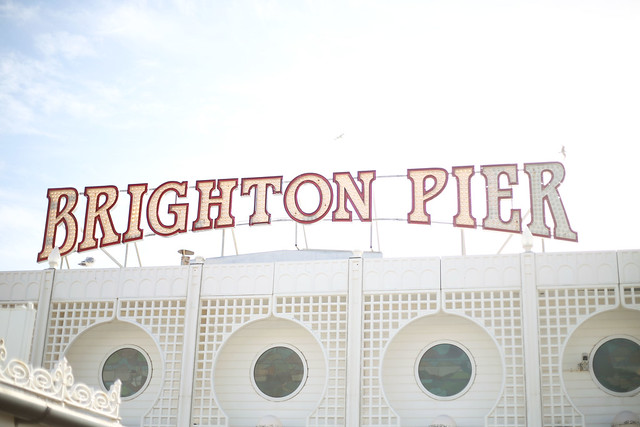 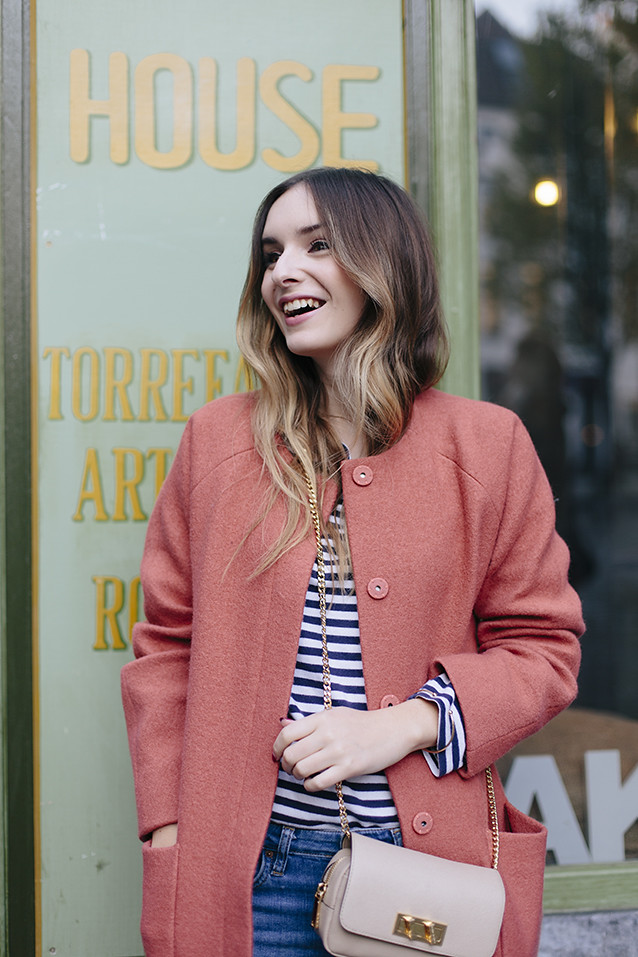